Decline May Be Driven by Increase in Use of Highly Effective Contraceptive Methods
March 2, 2016

A new analysis from the Guttmacher Institute, just published in the New England Journal of Medicine, shows that the U.S. unintended pregnancy rate declined substantially between 2008 and 2011. According to "Declines in Unintended Pregnancy in the United States, 2008–2011," by Lawrence B. Finer and Mia R. Zolna, there were 45 unintended pregnancies for every 1,000 women aged 15–44 in 2011, down from 54 per 1,000 in 2008. The 2011 rate was the lowest observed in three decades. Although unintended pregnancy rates have declined among nearly all demographic groups examined, disparities still remain, particularly for poor women and women of color. 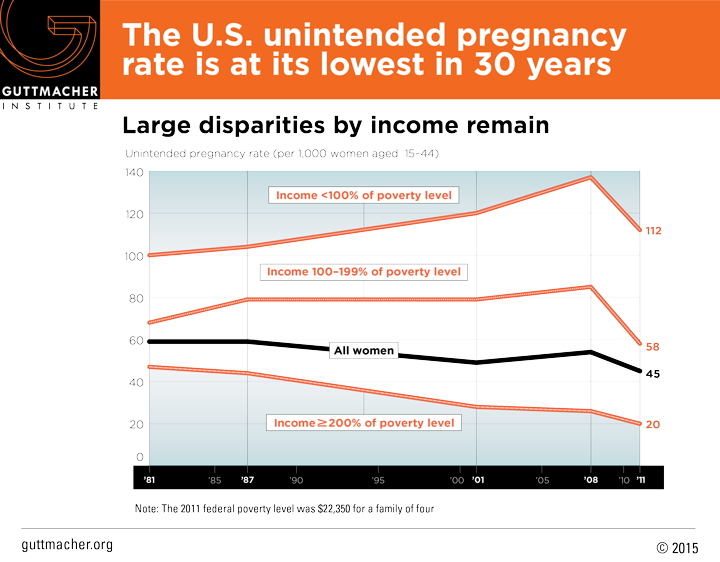 "After a long period of minimal change, the unintended pregnancy rate has declined to the lowest rate observed in the United States since we first began tracking these numbers in 1981, and by 18% in just three years," said Finer. "While this trend is certainly good news, it’s important to note that nearly half of all pregnancies in the United States are still unintended. We have made progress in a short period of time, but we still have a long way to go to ensure that all women—regardless of socioeconomic status—are able to achieve their childbearing goals." 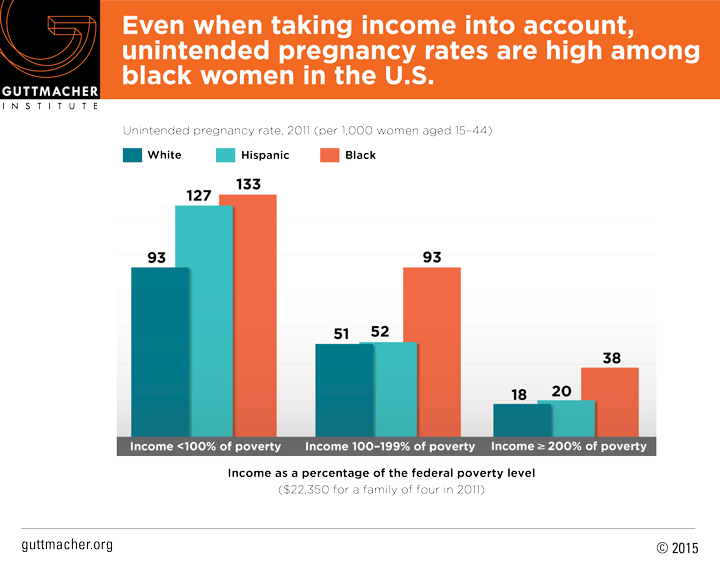 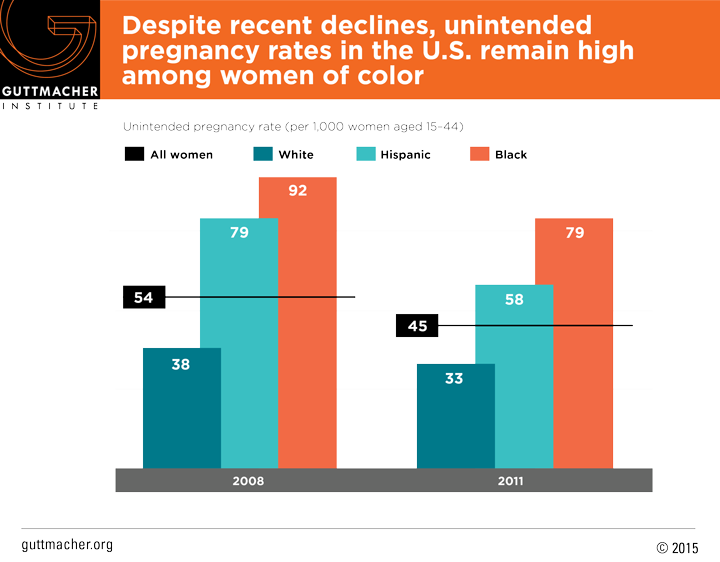 Finer and Zolna suggest that one likely driver of the decline in the unintended pregnancy rate was increased use of highly effective long-acting reversible contraceptive (LARC) methods. Recent Guttmacher research found that the use of LARC methods, particularly the IUD, increased between 2007 and 2012 across most demographic groups. Finer noted, "When women have access to a broad method mix that includes highly effective methods, they can choose the method that is best suited for them. This reduces their risk of unintended pregnancy and leads to better health outcomes for women and their families."

"Declines in Unintended Pregnancy in the United States, 2008–2011" is currently available online to subscribers and will appear in a forthcoming print issue of the New England Journal of Medicine. Members of the media can request a copy of the manuscript at [email protected] or [email protected] .