The Trump administration has punched a massive hole in the nation’s safety-net family planning program by driving out many health care providers, including those affiliated with Planned Parenthood.

It’s still too early to fully grasp the impact of the new regulations—collectively referred to as the domestic gag rule—governing the Title X program. But available records, all based off Guttmacher’s 2015 data, indicate that it could be severe. Overall, 41% of contraceptive clients served by Title X–funded providers were served at Planned Parenthood health centers.

The administration finalized its overhaul of the Title X regulations in March 2019, after nearly two years of laying the groundwork. These changes impose coercive standards of care on patients, subvert the nationwide network of family planning providers that Title X supports, and diminish access to affordable care.

On August 19, 2019, all Title X grantees were required to certify their "good faith" intent to comply with the Trump administration’s gag rule. This has forced providers to pit their ability to obtain urgently needed financial resources against their patients’ right to unbiased and complete information, counseling and referral. Whatever path providers may choose, it comes at the expense of high-quality family planning care for the four million people who rely on Title X–funded services each year.

Without Planned Parenthood clinics supported by Title X, other types of Title X–supported sites would need to increase their contraceptive client caseloads by an average of 70%. This poses massive challenges for the rest of the safety-net family planning provider network. According to the most recent available data from 2015, without Title X–supported Planned Parenthood sites other service sites would need to compensate as follows: 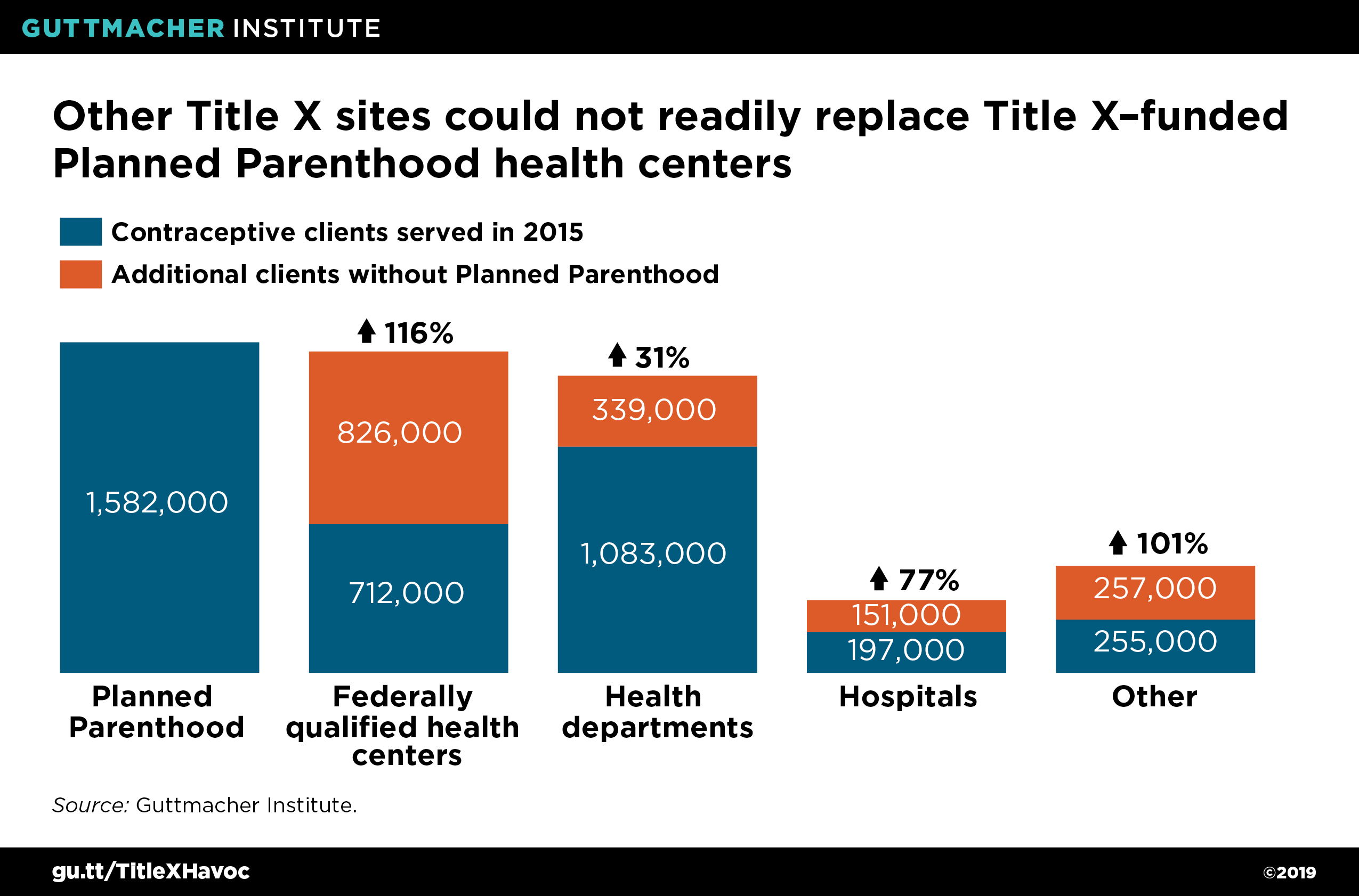 The extent to which Planned Parenthood’s exit would impact other Title X–funded clinics varies by state:

The impact of the gag rule extends far beyond Planned Parenthood’s departure. News sources report that state health agencies in multiple states, including Massachusetts, Oregon, Vermont and Washington, as well as the statewide private nonprofit grantee in Maine, have also exited the program, and others may join them.

Each component of the new regulations is harmful. Taken together, the domestic gag rule is blatantly coercive and a violation of medical ethics and patients’ rights. As a cornerstone of the Trump administration’s ideological agenda against reproductive rights, the gag rule is designed to reduce access to family planning care for people with low incomes and force providers to make harmful compromises.