Rates Declined Dramatically in All States and Among All Racial and Ethnic Groups, but Disparities Remain
April 5, 2016

This publication has been updated. Please see here for the latest version. 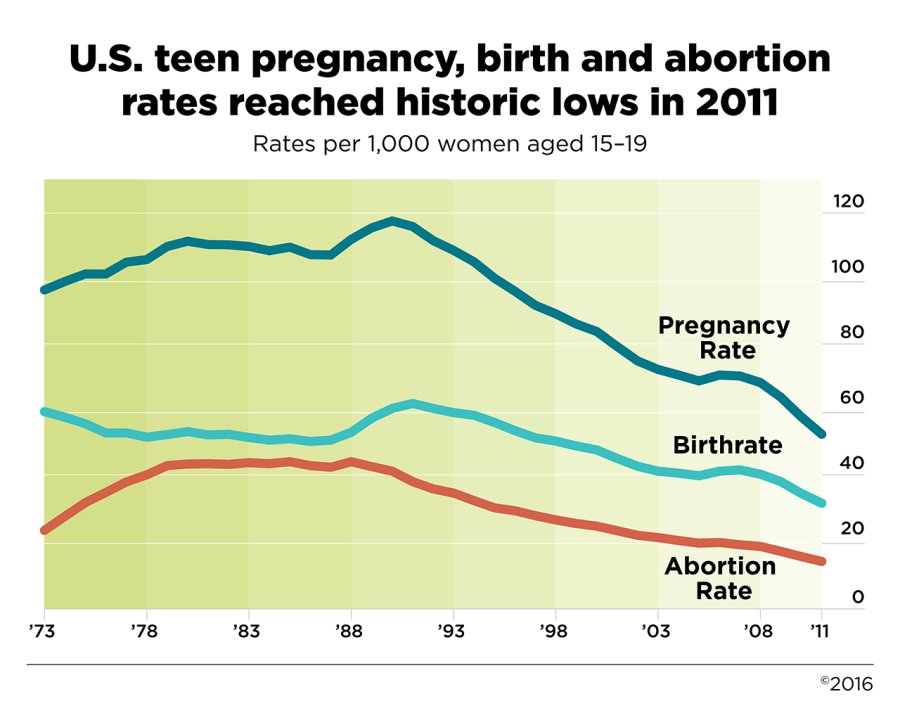 "Teens have become more successful at preventing pregnancy than they were in the past. Sexual activity has remained constant among this age-group, but birth and abortion rates have both decreased dramatically," says lead author Kathryn Kost. "The available evidence suggests that increased contraceptive use is the primary driver of this decline."

Although rates of teen pregnancy and its outcomes have declined among all racial and ethnic groups, wide disparities persist. In 2011, pregnancy rates among non-Hispanic black teens (92.6 per 1,000) and Hispanic teens (73.5 per 1,000) were more than double the pregnancy rate for non-Hispanic white teens (35.3 per 1,000). Similarly, teen birth and abortion rates differ substantially across racial and ethnic groups. These disparities mirror those found in unintended pregnancy rates among all U.S. women of reproductive age, which are several times higher among women of color than among white women.

"Though declines in teen pregnancy, birth and abortion rates were observed among all groups, large disparities by race and ethnicity still exist at the national and state level," comments Guttmacher policy expert Heather Boonstra. "It’s crucial that teens in all racial and ethnic groups, and in all geographic areas of the United States, are able to access the information and services they need to prevent unwanted pregnancies and achieve their goals."

Researchers analyzed birth data from the National Center for Health Statistics and abortion data from the Centers for Disease Control and Prevention and Guttmacher’s Abortion Provider Census to calculate the 2011 teen pregnancy rate. Population data are from the U.S. Census Bureau. The Guttmacher Institute regularly updates teen pregnancy statistics as part of our ongoing surveillance of pregnancy statistics for the United States. The methodology has been updated from previous reports to ensure the most accurate data; therefore, previous years’ statistics may differ slightly from those in earlier reports.