On March 29, 2016, the U.S. Food and Drug Administration (FDA) approved updated labeling for mifepristone (also known as the abortion pill or by its brand name, Mifeprex®), which is prescribed along with another medication, misoprostol, for medication abortion in the United States. The FDA’s move to change the label is important in many ways. Although off-label use of drugs is generally accepted in the United States, many clinicians see FDA labels as guides to appropriate and legally defensible clinical practice. First and foremost, the label update reaffirms that medication abortion is very safe and highly effective. It also has the potential to increase access to medication abortion in this country.

An Update Based On Evidence And Clinical Practice

Scientists and medical providers have been conducting studies of alternate medication abortion regimens since before Mifeprex® was approved in 2000. Since its approval, many physicians have prescribed Mifeprex® according to the regimen in the updated label, so the label is now aligned with standard medical practice, which has been proven safe and effective. Over the past 15 years, it has been used in more than 2.75 million abortions in the United States, and serious complications have been extremely rare.

One of the most significant changes to the mifepristone label is an increase in eligibility from 49 days’ to 70 days’ gestation. This change is supported by substantial evidence demonstrating that the mifepristone/misoprostol regimen is safe and effective through the 10th week of gestation. This change has significant implications for access to medication abortion: Under the original protocol, just 37% of all U.S. abortions were eligible for mifepristone, but as a result of the updated protocol, the proportion of all abortions now eligible has doubled to 75%. 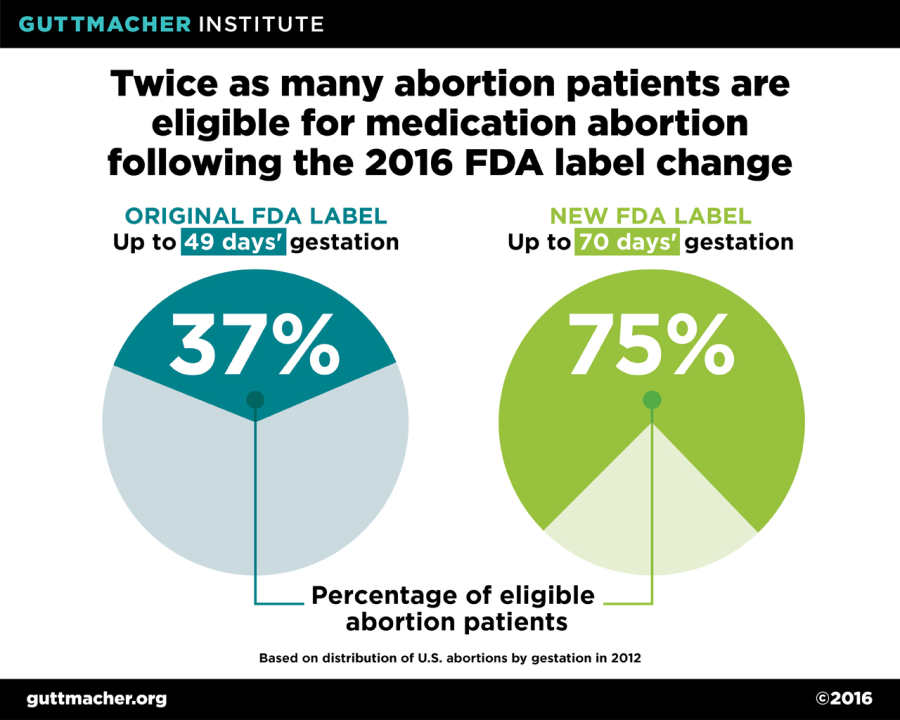 Some of the key changes to the mifepristone label include:

In addition to increasing eligibility for medication abortion, the mifepristone label update will likely strengthen an existing trend towards earlier abortions. According to data from the Centers for Disease Control and Prevention, the timing of abortions has shifted to earlier in the first trimester over the past decade, likely due in part to the availability of medication abortion. Additionally, although the overall number of abortions in the U.S. has been declining since the 1990s, the share of abortions performed using medication has increased, from 6% of all abortions in 2001 (one year after mifepristone was approved) to 23% of abortions in 2011 (the most recent year for which data are available). 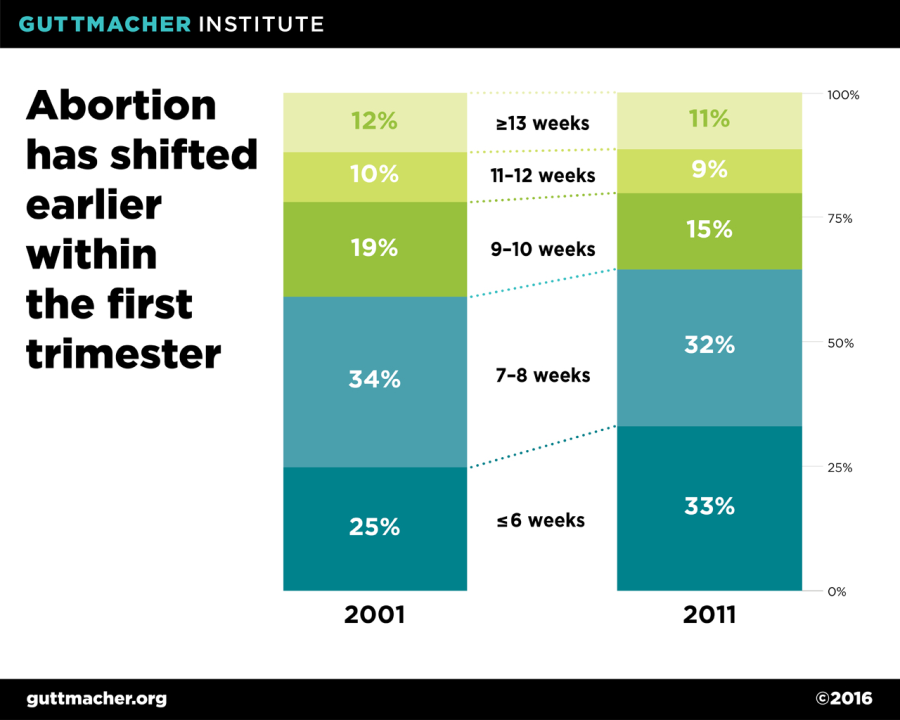 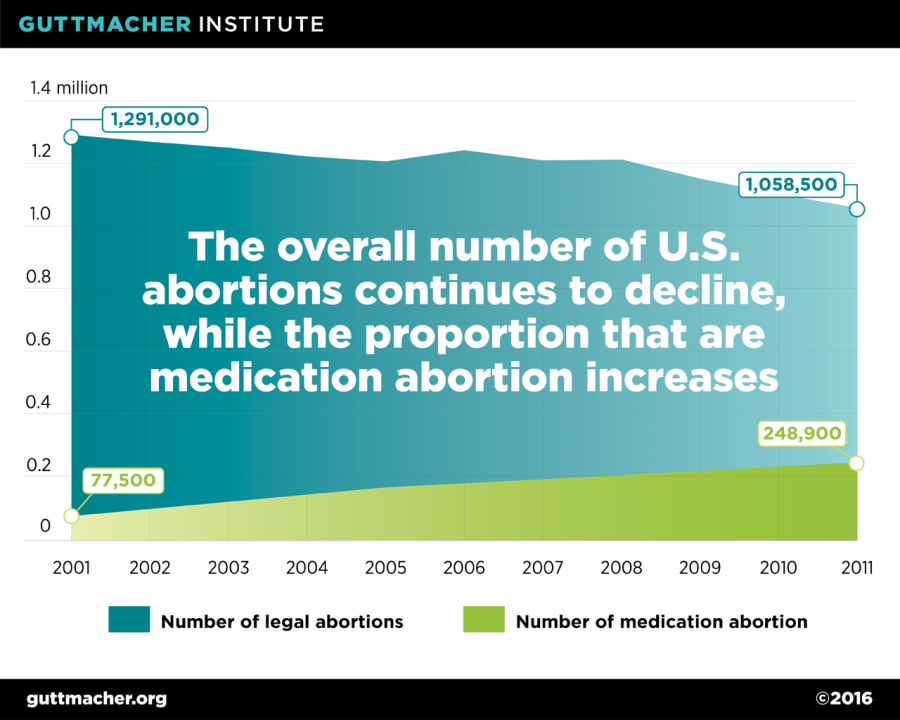 Other mifepristone label updates also reduce barriers to medication abortion. In particular, the changes make the procedure more affordable. A regimen involving one mifepristone tablet is substantially less expensive than one involving three. Additionally, because the label allows a woman to take misoprostol at home and to follow up with her provider over the phone, rather than in person, she will have to make fewer trips to the clinic. The updated label also allows midlevel providers—such as nurse midwives, nurse practitioners and physician assistants—to administer medication abortion, which could increase access to this safe and effective procedure.

The FDA’s decision to update the mifepristone label will help ensure that individuals seeking abortion have easy, safe access to a medication option. In turn, the label change is a validation of clinical research showing that this protocol is safe, effective and medically sound.

This article was originally published on Health Affairs Blog.