Skip to main content
September 2016
Policy Analysis
The time is now. Will you stand up for reproductive health and rights?
Donate Now

For the last four decades, the Hyde Amendment has banned the use of federal dollars for abortion coverage (except in the most extreme circumstances) for women insured by Medicaid, the main public health insurance program for low-income Americans. Advocates for reproductive health, rights and justice have long fought this harmful policy, and these efforts have gained new momentum recently.

The Many Harms of Hyde

The Hyde Amendment’s detrimental and deeply unjust impact is felt by low-income women in general and low-income women of color in particular. Poor women experience unintended pregnancies at five times the rate of their more affluent peers, and abortion has become increasingly concentrated among this group. Because of systemic social and economic inequality, women of color are disproportionately likely to be poor and insured through Medicaid—and are therefore disproportionately impacted by the Hyde Amendment. 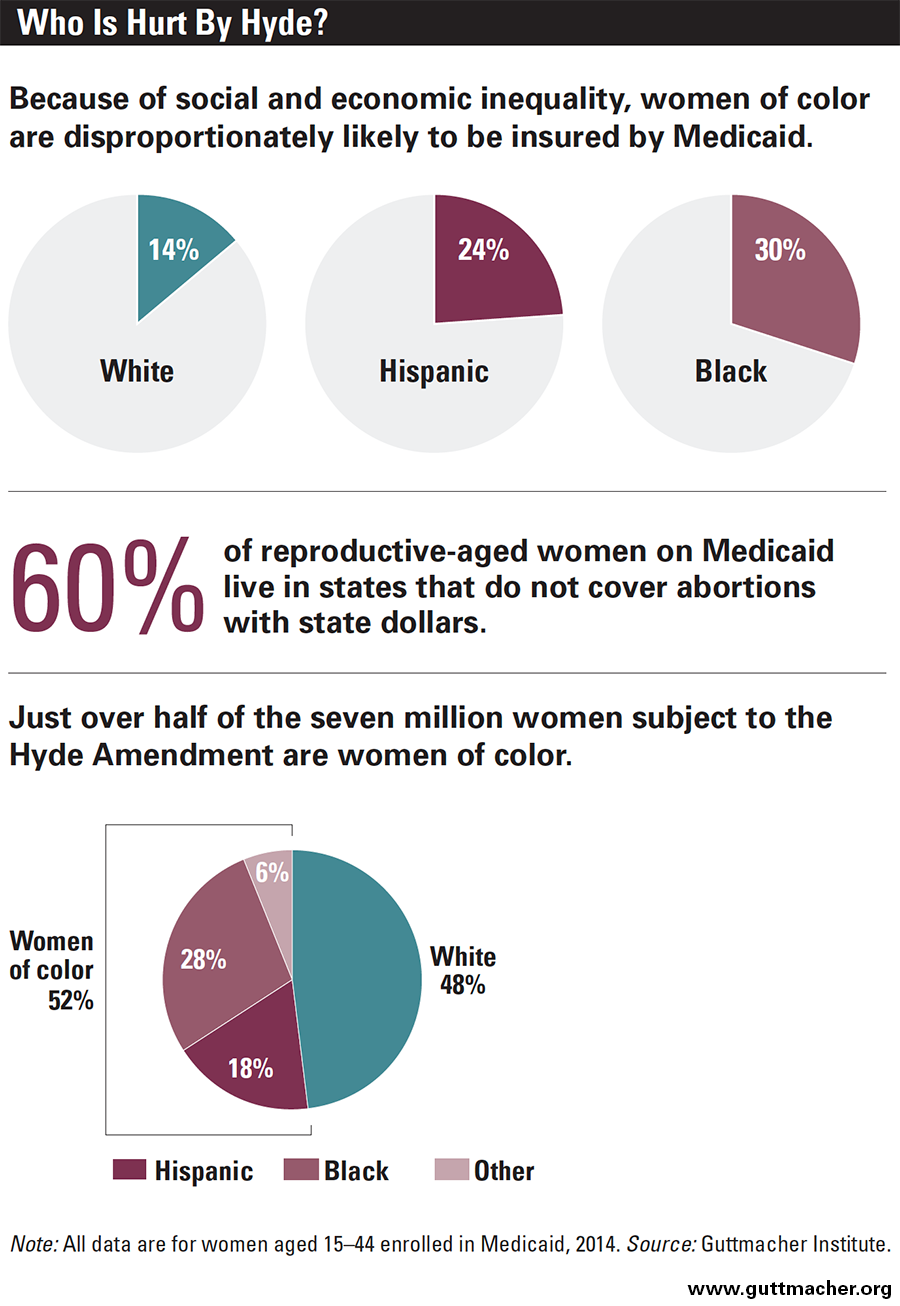 Many women denied abortion coverage—who may also be affected by other abortion restrictions layered on top of the Hyde Amendment—struggle to come up with the money to pay for their procedure. As a result, they often experience delays obtaining an abortion or have to divert money from other urgent needs, like paying rent and utilities or even feeding their family. Some women are forced to carry their unwanted pregnancy to term.

The harmful impact of the Hyde Amendment is only alleviated for women who happen to live in one of the 15 states that use their own funds to provide Medicaid coverage of abortion. But the majority (60%) of women of reproductive age who are enrolled in Medicaid live in states that cover abortion only in very limited circumstances. This means some seven million women aged 15–44—including 3.4 million women living below the federal poverty level—are unable to use their Medicaid coverage for abortion services. Slightly more than half of these seven million women are women of color.

In addition to the Hyde Amendment itself, Congress has enacted numerous laws that similarly restrict abortion coverage or services for other groups of women who obtain their health insurance or health care from the federal government. These laws affect military personnel, Peace Corps volunteers, federal employees, federal prison inmates, Native Americans and poor residents of the District of Columbia (because Congress has jurisdiction over the District’s policy). Overturning Hyde is central to repealing these Hyde-like restrictions. 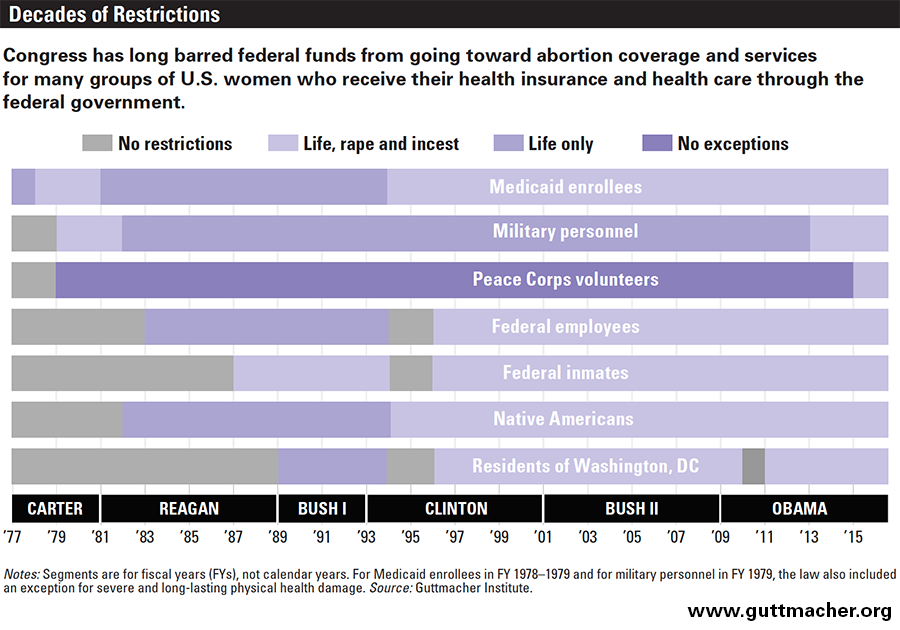 The Road to Full Reproductive Autonomy

To rectify the many harms and ongoing injustice of the Hyde Amendment, a growing coalition of grassroots organizers, advocates and policymakers are working to build support in Congress, in state legislatures and among the American public for repealing Hyde. Notably, many of these efforts are led by reproductive justice groups representing the women most affected by Hyde, including, in particular, women of color.

All* Above All, a nationwide network of reproductive rights and justice organizations, has led the grassroots effort through activities such as social media campaigns, college campus visits and a petition to Congress. This effort is complemented by digital campaigns that encourage women to share their stories about abortion in order to destigmatize the procedure and strengthen support for abortion access. And, in Congress, legislators are gathering support for proactive measures that aim to end political interference in the provision of abortion care, including the EACH Woman Act, which would restore public insurance coverage of abortion by lifting the Hyde Amendment and related federal coverage bans.

Overturning Hyde likely will not be fast or easy. But as this unjust policy turns 40, the determination to finally overcome its long-standing discrimination against the most vulnerable women is strong and growing. The U.S. Supreme Court’s June decision to strike down abortion restrictions in Texas has added to the momentum behind efforts to roll back other restrictions, including the Hyde Amendment and related abortion coverage bans.

Lifting the Hyde Amendment would restore abortion coverage for women most likely to experience an unintended pregnancy. It would also entrench full reproductive choice and autonomy as a fundamental right for all—rather than a privilege only for those who can afford it.