Fact Sheet
May 2017
Reproductive rights are under attack. Will you help us fight back with facts?
Donate Now 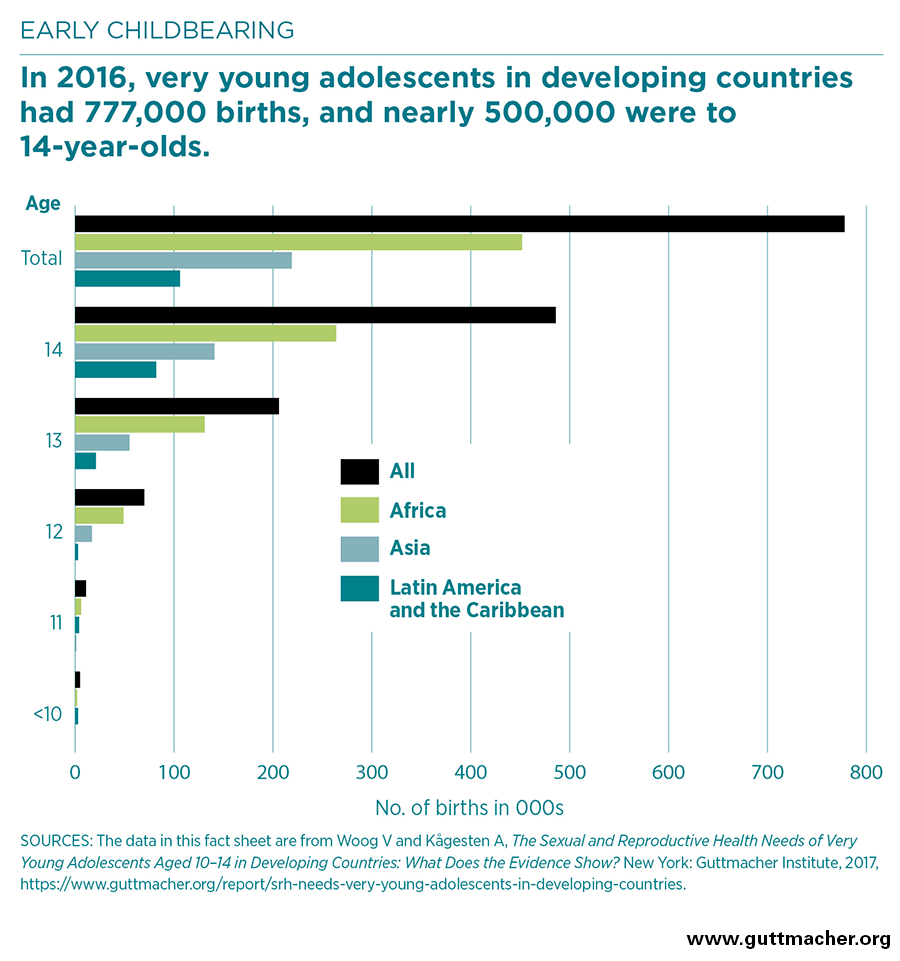 Prevention of sexual violence and coercion, and child marriage

The data in this fact sheet are from Woog V and Kågesten A, The Sexual and Reproductive Health Needs of Very Young Adolescents Aged 10–14 in Developing Countries: What Does the Evidence Show? New York: Guttmacher Institute, 2017, https://www.guttmacher.org/report/srh-needs-very-young-adolescents-in-d….

The report on which this fact sheet is based has been made possible by UK Aid from the UK Government and a grant from The Children’s Investment Fund Foundation. The views expressed are those of the authors and do not necessarily reflect the positions and policies of the UK Government or The Children’s Investment Fund Foundation.