For the last four decades, the Hyde Amendment has banned the use of federal dollars for abortion coverage (except in the most extreme circumstances) for women insured by Medicaid, the main public health insurance program for low-income Americans. According to a new analysis in the Guttmacher Policy Review, abortion rights advocates and policymakers alike are working on multiple fronts to build support for lifting the Hyde Amendment.

The analysis details Hyde’s detrimental impact on low-income women in general and women of color in particular. Poor women experience unintended pregnancies at five times the rate of their better-off peers, and abortion has become increasingly concentrated among this group. Many affected women struggle to come up with the money to pay for the procedure and, as a result, often experience delays obtaining an abortion; some are forced to carry their unintended pregnancy to term. Because of systemic social and economic inequality, women of color are disproportionately likely to be poor and insured through Medicaid—and are therefore disproportionately impacted by the Hyde Amendment.

"Federal and state restrictions on abortion coverage hit the most vulnerable groups in our country hardest," says Heather D. Boonstra, author of the analysis. "A repeal of the Hyde Amendment would not only restore abortion coverage for women most likely to experience an unintended pregnancy. It would also entrench full reproductive choice and autonomy as a fundamental right for all—rather than a privilege for those who can afford it." 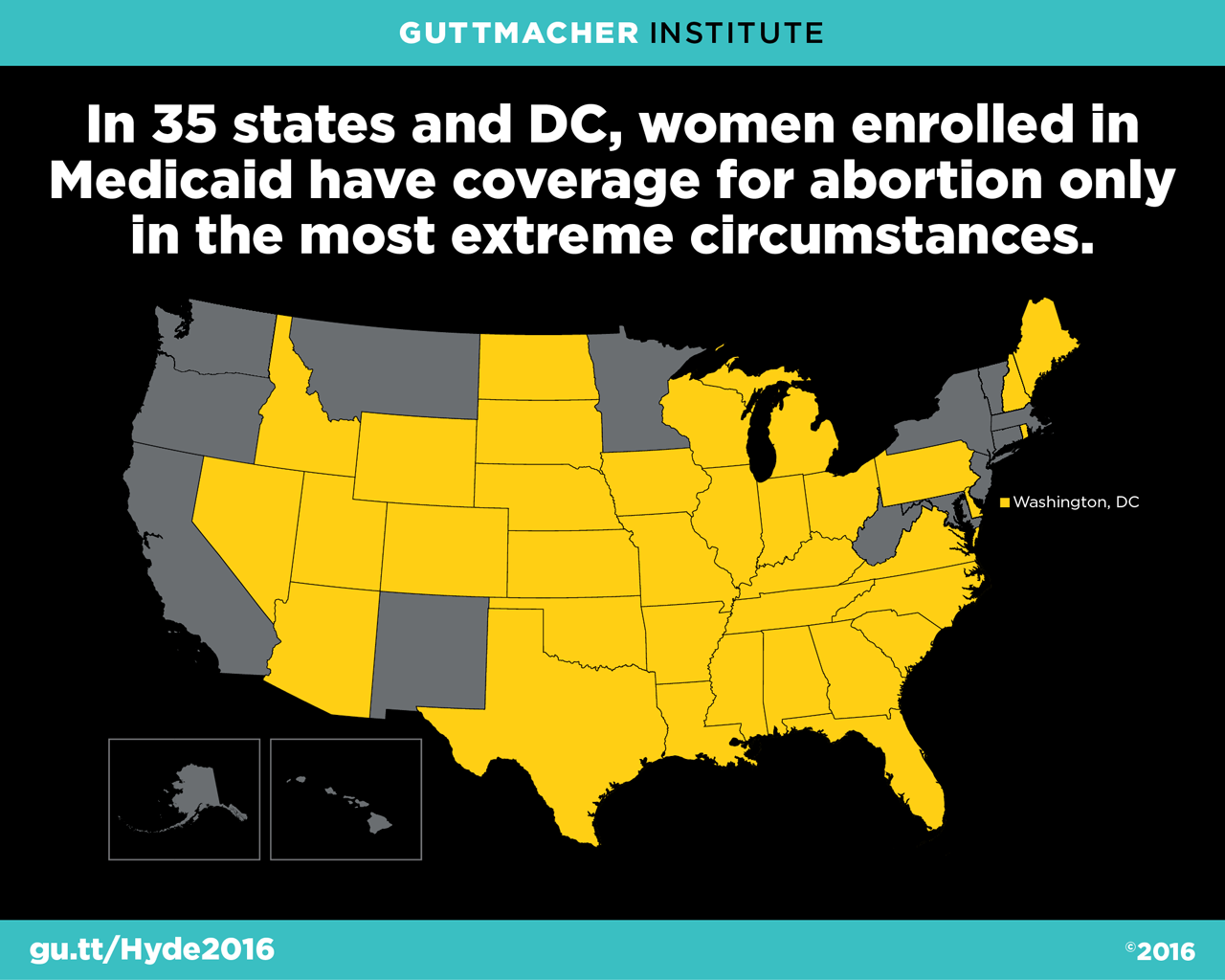 Unfortunately, Boonstra explains, the majority (60%) of women of reproductive age who are enrolled in Medicaid live in states that do not cover abortion except in very limited circumstances. This means some seven million women aged 15–44—including 3.4 million women living below the federal poverty level—are unable to use their Medicaid coverage for abortion services. Slightly more than half of the seven million women are women of color.

Boonstra documents how grassroots organizers, advocates and policymakers are working to build support in Congress, in state legislatures and among the American public for repealing the Hyde Amendment. For example:

"Recent grassroots efforts, digital campaigns and legislative actions are bringing the much-needed voices of low-income women to the national conversation about abortion access," Boonstra says. "Following the U.S. Supreme Court’s recent decision to strike down abortion restrictions in Texas, there is a sense that efforts to roll back other restrictions—including the Hyde Amendment—are gathering momentum. This decision represents important progress, even as advocates and lawmakers remain realistic that repealing Hyde is a long-term goal that will require years of hard work to overcome myriad political and other obstacles."

Induced Abortion in the United States

Insurance Coverage of Abortion: Beyond the Exceptions For Life Endangerment, Rape and Incest