Abortion Incidence and Unintended Pregnancy Among Adolescents in Zimbabwe

Fact Sheet
March 2021
Reproductive rights are under attack. Will you help us fight back with facts?
Donate Now

Access to safe abortion in Zimbabwe is only legally permitted to save the woman’s life or preserve her physical health, or in cases of rape, incest or fetal impairment. The country has one of the lowest abortion rates (17 per 1,000 women) in Sub-Saharan Africa and one of the highest rates of contraceptive use. However, there are disparities in access to sexual and reproductive health care across age-groups. 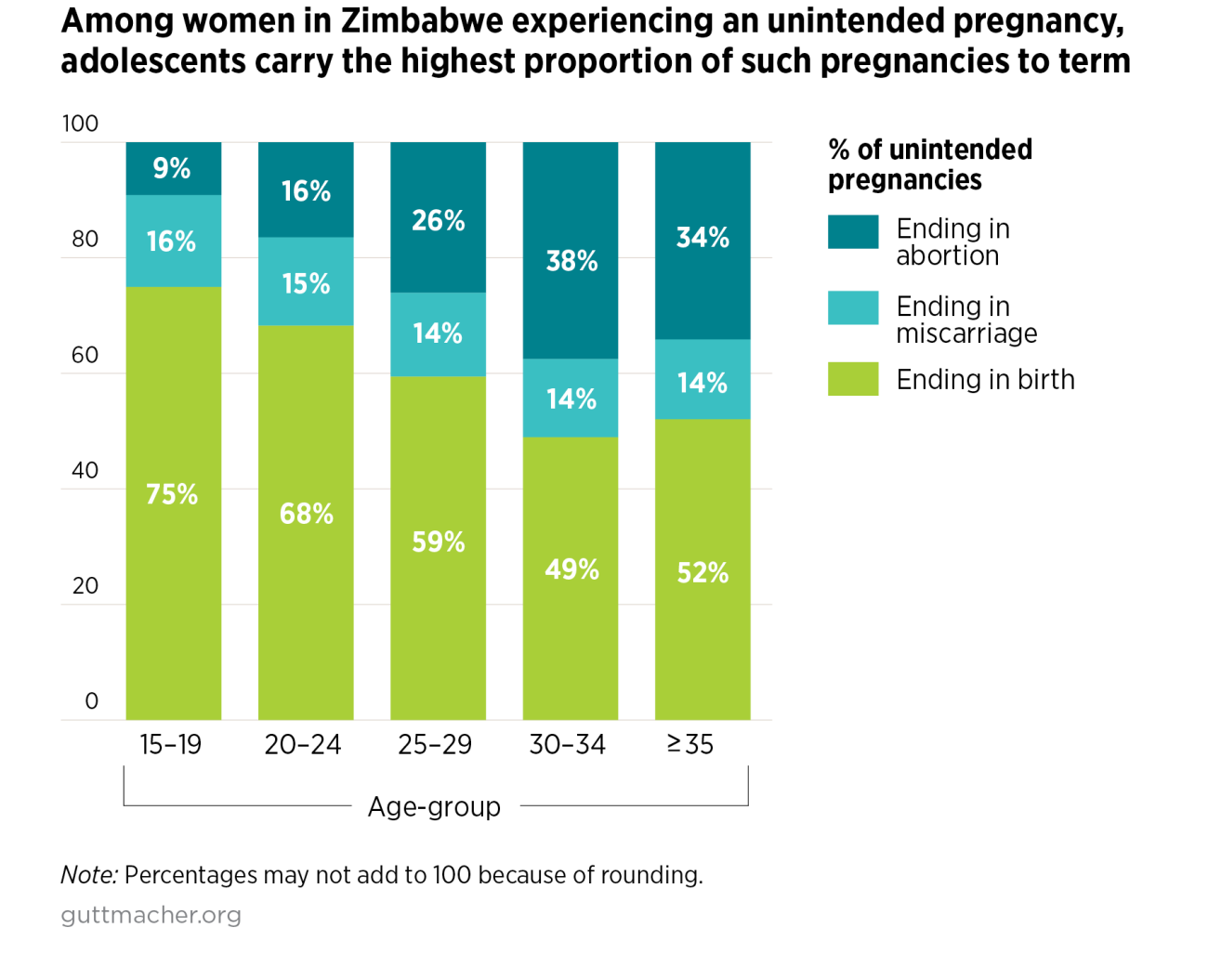 The study on which this fact sheet is based was made possible by grants from the Dutch Ministry of Foreign Affairs and by UK Aid from the UK Government. The findings and conclusions contained within do not necessarily reflect the positions and policies of the donors.

Estimating abortion incidence and unintended pregnancy among adolescents in Zimbabwe, 2016: a cross-sectional study

From Unsafe to Safe Abortion in Sub-Saharan Africa: Slow but Steady Progress

Investing in Sexual and Reproductive Health in Southern Africa