A new study using data from 2016 found that the majority of women in Kinshasa who seek postabortion care following an unsafe abortion experience severe or moderate complications. In 2016, 37,900 women obtained treatment for complications from abortion in Kinshasa, the capital and largest urban area of the Democratic Republic of Congo (DRC). The study, conducted by researchers at the University of Kinshasa and the New York-based Guttmacher Institute, documents for the first time the immediate health consequences of complications resulting from unsafe abortion among women admitted to health facilities in Kinshasa, as well as the type of treatment these patients received. Researchers found that women receiving postabortion care were most commonly treated using outdated methods not recommended by the World Health Organization (WHO).

According to the DRC penal code, abortion is currently legally prohibited without exception in the DRC. While terminations may be permitted in rare circumstances when there is a risk to the woman’s life, women who need an abortion have little or no choice but to seek clandestine and often unsafe procedures. However, experts believe the legality of abortion may be changing: The DRC is a signatory to the Maputo Protocol, a regional women’s rights treaty that directs states to legalize abortion when necessary to protect a woman’s physical and mental health, as well as in cases of rape, incest and fetal anomaly. In March 2018, the DRC government published the Protocol in the nation’s legal gazette, officially entering the treaty into force.

"Unsafe abortion continues to pose an enormous burden to women’s health and well-being in Kinshasa," said Dr. Patrick Kayembe, a coauthor of the study and professor of Medicine and Public Health at the University of Kinshasa. "Improving access to safe abortion and postabortion care is critical in order for the DRC to make real progress in reducing persistently high rates of maternal mortality." 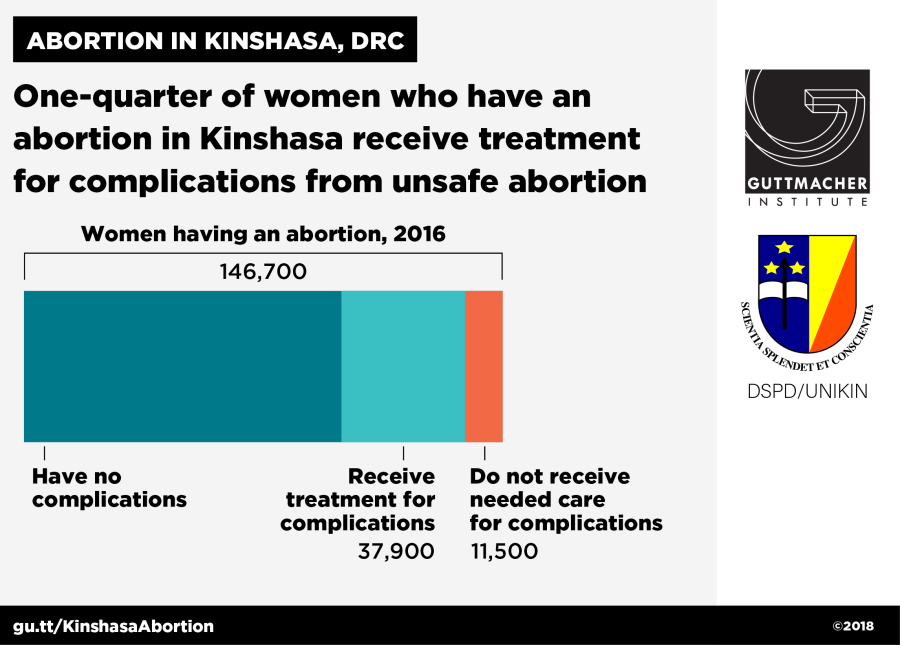 The study also found that nearly three-quarters of postabortion complications were treated using outdated methods, such as dilation and curettage (D&C). WHO recommends instead using vacuum aspiration and/or medication abortion, which are safer and less painful methods than D&C. 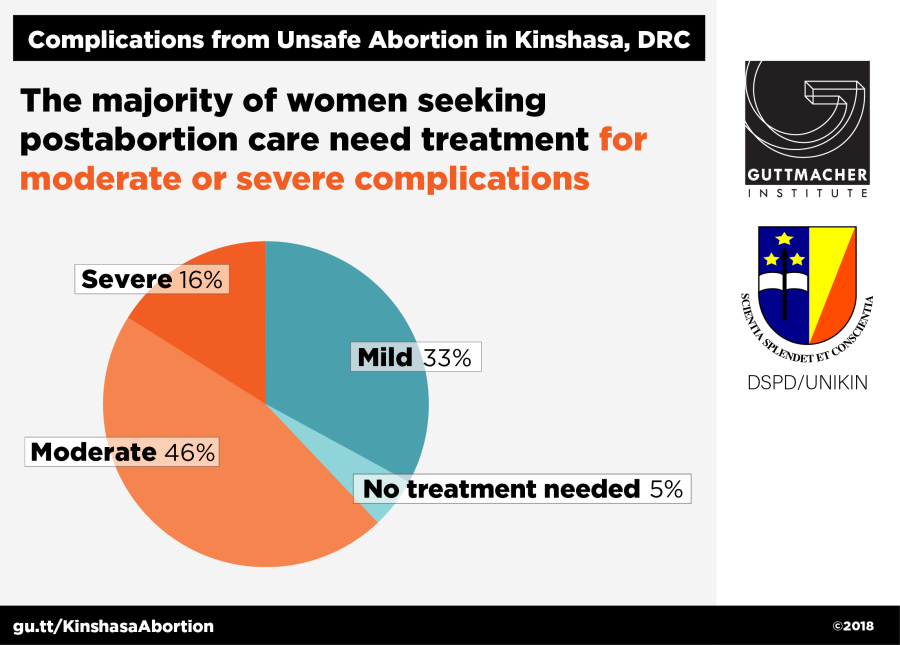 "The government has made critical progress towards expanding access to safe and legal abortion care by instating the Maputo Protocol," said Dr. Akinrinola Bankole, the lead author of the study and senior fellow at the Guttmacher Institute. "But while implementation is underway, the quality and availability of postabortion care must be improved."

Since unintended pregnancy is the root cause of most abortions, the authors recommend increasing the provision of comprehensive contraceptive services, including by offering high-quality contraceptive methods and counseling to help women identify which methods best meet their needs. They also recommend that the Ministry of Health draft and widely disseminate new standards and guidelines to reflect the expanded legal access to abortion implied by the government’s publication of the Maputo Protocol. The authors believe investments must be made in educating health providers on the new legal provisions and training them to provide safe abortion care. In addition, efforts to increase access to safe abortion care should include public education campaigns to raise women’s awareness of their right to such care.

"The severity and management of complications among postabortion patients treated in Kinshasa health facilities" by Akinrinola Bankole, et al., is available online in International Perspectives on Sexual and Reproductive Health.

Complications from unsafe abortion in Kinshasa, 2016