Skip to main content
November 2022
Policy Analysis
The time is now. Will you stand up for reproductive health and rights?
Donate Now

With Roe v. Wade’s federal constitutional protection for abortion overturned by the US Supreme Court in June, the stakes for abortion access were high in yesterday’s US midterm elections.

Voters in a record five states—California, Michigan, Vermont, Kentucky and Montana—decided on abortion-related ballot measures and came down decisively in favor of abortion rights and access.

Here’s what this means: 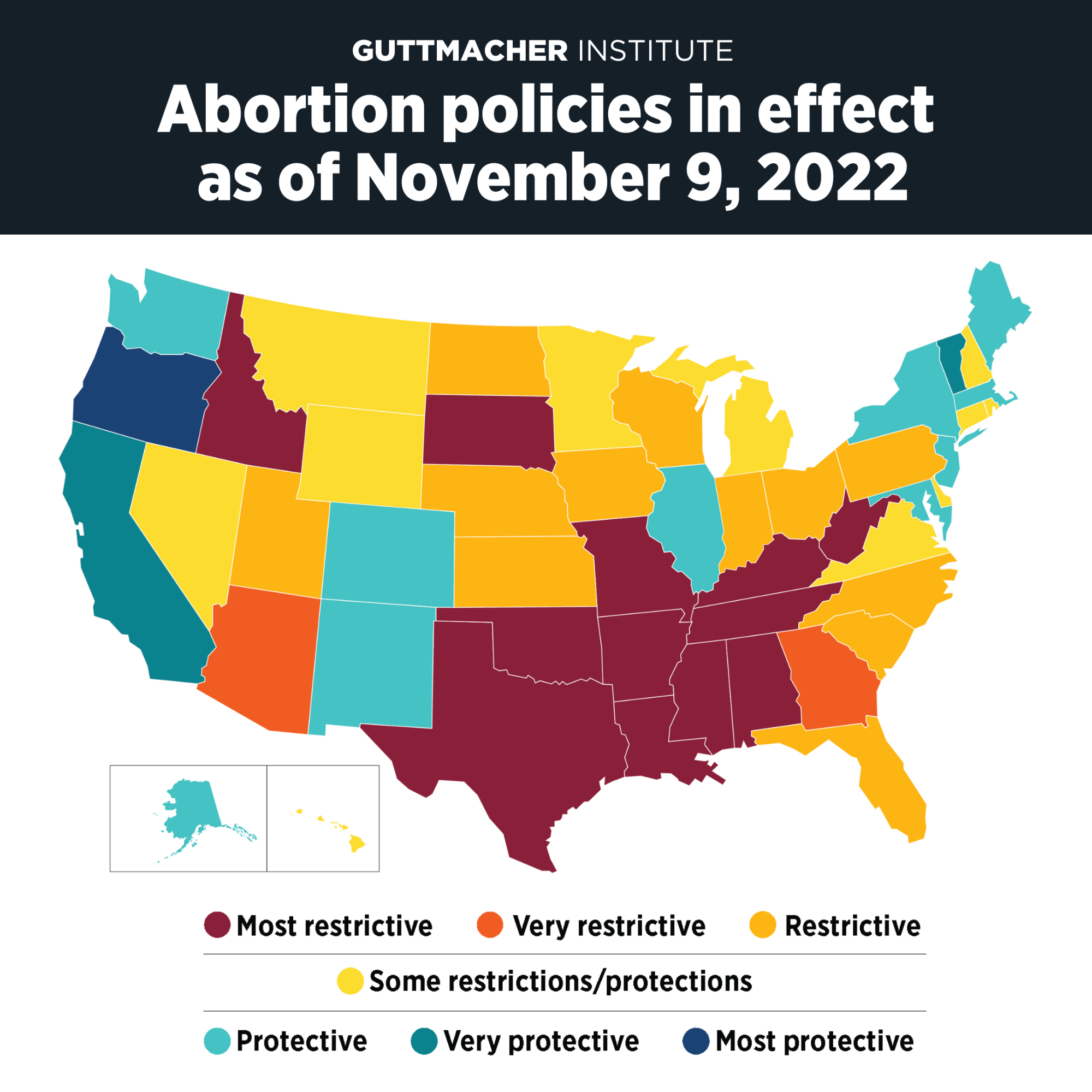 Despite these critically important wins, abortion is unavailable in 14 states right now, including 12 states with abortion bans that have virtually no exceptions and two states where there are no clinics providing care. That means 19 million women of reproductive age in the United States cannot access abortion in their state of residence, along with transgender and nonbinary people who may need an abortion. Every single one of those people is being denied an integral part of their health care and their right to bodily autonomy.

Going into 2023, we expect more states to attempt to restrict abortion care, as well as escalate attacks on contraception and gender-affirming care.

These midterms are only the beginning of a long struggle to build back a future that goes beyond Roe v. Wade, where the United States can guarantee accessible, affordable and compassionate abortion care for every person in this country.

100 Days Post-Roe: At Least 66 Clinics Across 15 US States Have Stopped Offering Abortion Care

Even Before Roe Was Overturned, Nearly One in 10 People Obtaining an Abortion Traveled Across State Lines for Care