Fact Sheet
November 2018
Reproductive rights are under attack. Will you help us fight back with facts?
Donate Now

This fact sheet summarizes the findings of a study titled Unintended Pregnancy and Abortion in India, which provides the first comprehensive estimates of the incidence of abortion and unintended pregnancy and of the provision of induced abortion and postabortion services in Assam, Bihar, Gujarat, Madhya Pradesh, Uttar Pradesh and Tamil Nadu.

Incidence of abortion and unintended pregnancy 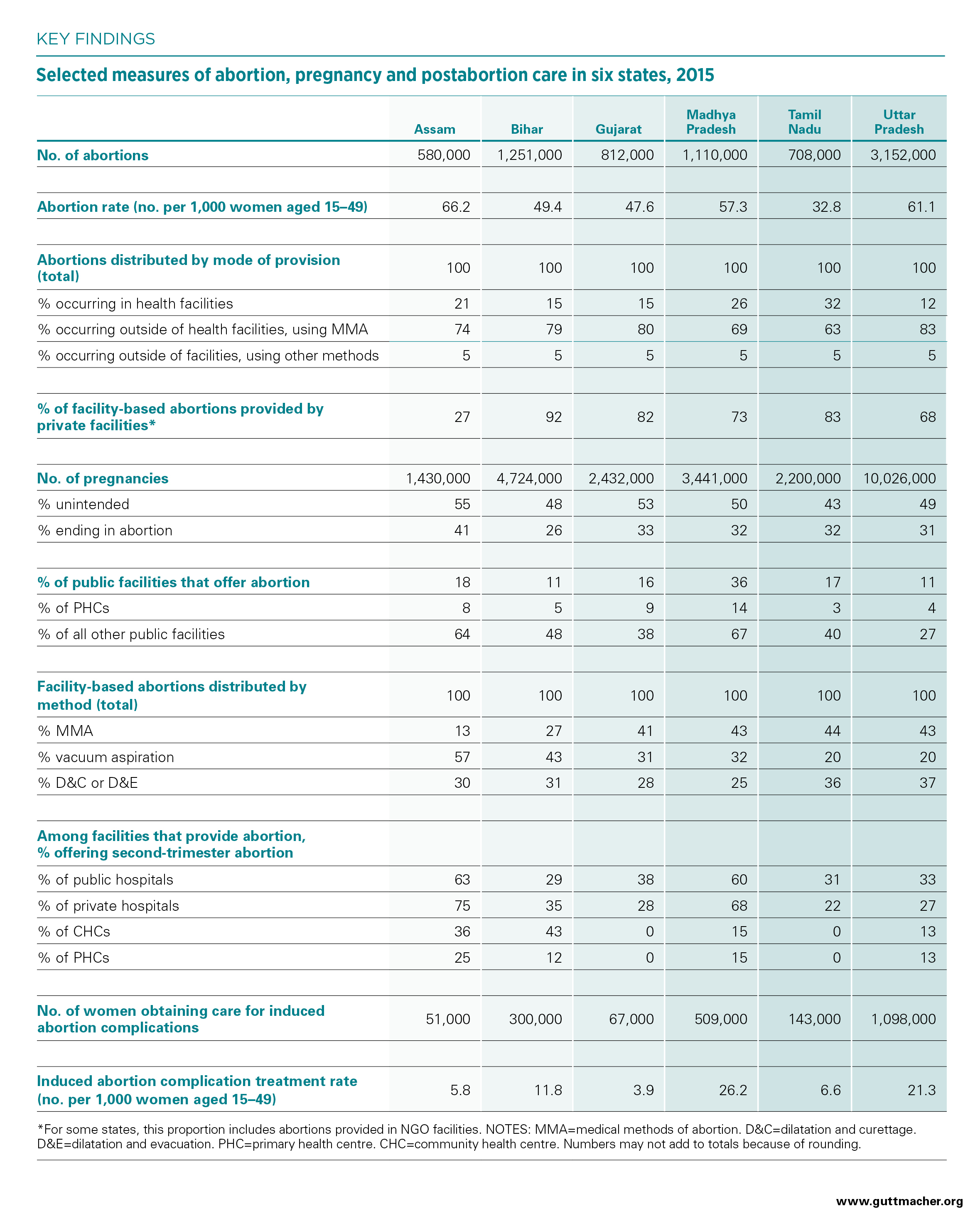 Provision of abortion in health facilities 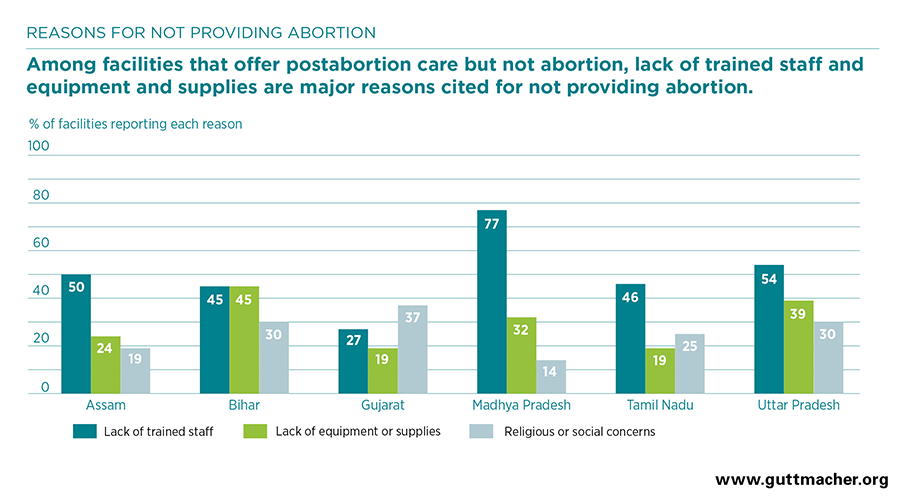 Information in this fact sheet can be found in Singh S et al., Abortion and Unintended Pregnancy in Six Indian States: Findings and Implications for Policies and Programs, New York: Guttmacher Institute, 2018, https://www.guttmacher.org/report/abortion-unintended-pregnancy-six-states-india.

*In this study, MMA refers to the combined use of misoprostol and mifepristone.

*In this study, MMA refers to the combined use of misoprostol and mifepristone.

The study on which this fact sheet is based was made possible by grants from the Government of UK Department for International Development (until 2015), the David and Lucile Packard Foundation, the John D. and Catherine T. MacArthur Foundation, the Ford Foundation and the Dutch Ministry of Foreign Affairs. The views expressed do not necessarily reflect the official policies of the donors.

Abortion and Postabortion Care in Assam, 2015

Abortion and Postabortion Care in Bihar, 2015

Abortion and Postabortion Care in Gujarat, 2015