In Countering Zika, Women’s Right to Self-Determination Must Be Central

In Latin America and the Caribbean, as well as in the United States, the Zika epidemic has exposed the often hostile policy, programmatic and legal environment women face on issues surrounding pregnancy, argues a new analysis in the Guttmacher Policy Review. This long-standing failure by policymakers to prioritize women’s health and autonomy has left women—especially those who are poor—more vulnerable to the potential consequences of Zika than they would otherwise be. 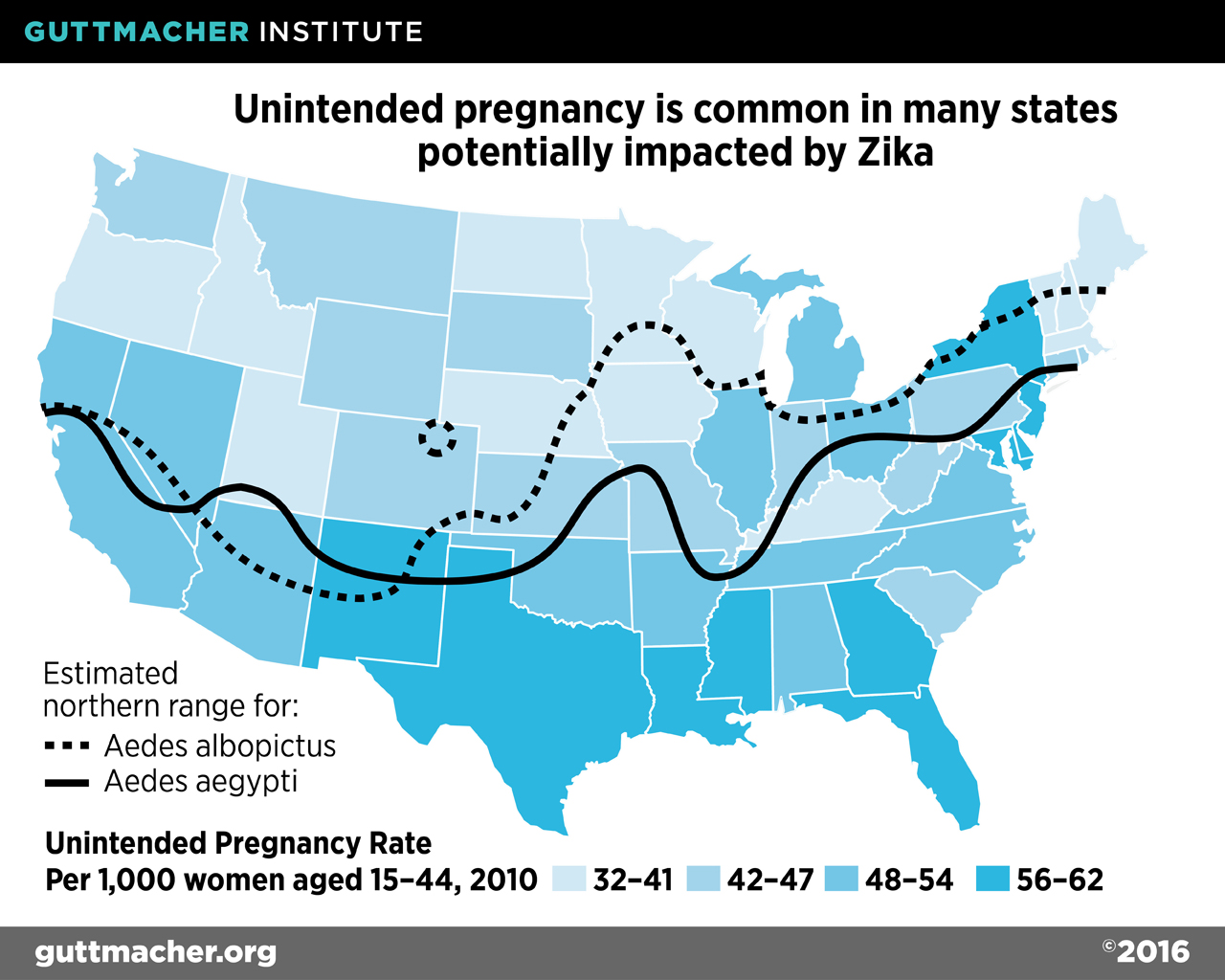 Zika is a mosquito-borne disease, but there are also reported cases of sexual transmission. The virus has been causally linked to an increase in births of infants with microcephaly, a condition in which children have unusually small heads and which often leads to problems with brain development. Zika is widespread in parts of Latin America and the Caribbean, including the U.S. territory of Puerto Rico. Parts of the United States where the species of mosquito that is the most effective carrier of Zika is common may potentially see significant numbers of locally acquired infections as well.

"All women should have the right to self-determination on issues around pregnancy, whether they are looking to have a healthy birth and raise their child, prevent an unplanned pregnancy or obtain a safe abortion," says Joerg Dreweke, author of the new analysis. "But the reality of women’s lives in many countries has fallen far short, and the Zika emergency has now highlighted an ongoing crisis in women’s health on which advocates have long sounded the alarm."

The analysis documents a common pattern where ideologically and religiously rooted hostility to abortion and contraception has left far too many women vulnerable to the consequences of the Zika virus. In particular, Dreweke notes, the impact of Zika at every step of the way is falling hardest on those with the fewest resources.

In Latin America and the Caribbean, 23 million women have an unmet need for effective contraceptive methods and more than half of pregnancies are unintended. Access to abortion is severely restricted by law, and clandestine abortion—often performed under unsafe circumstances—is common. Women in the region who are poor are not only most at risk of Zika infection, for instance due to inadequate sanitation, but generally also have less access to high-quality contraceptive services and to safe abortion care. They also often lack the resources to raise a child with a disability.

In the United States, public health experts estimate that states in the South and mid-Atlantic regions could potentially be most affected by the Zika virus. As the analysis details, many of these states have high rates of poverty, uninsurance and unintended pregnancy. The states that could bear the brunt of Zika are also often hostile to abortion rights, and have myriad restrictions in place that make access difficult for poor women in particular. For many women and families, the absence of affordable health care, paid family and sick leave, and a living wage makes the situation even more challenging, including when it comes to raising a child with microcephaly.

The analysis notes that the response from policymakers both in Latin America and the Caribbean and in the United States has often been inadequate, if not outright appalling. Blanket recommendations that women avoid pregnancy in several Latin American and Caribbean countries unacceptably shift the burden of responding to the crisis to individual women. In the United States, conservative lawmakers have failed to move decisively on adequately funding the Zika response and continue to attack policies and programs like the Affordable Care Act and Title X that are key to combating the most severe consequences of Zika.

"The very real threat posed by Zika once again underscores why women’s autonomy on issues related to pregnancy is so crucial," says Dreweke. "All women—no matter where they live—must have the necessary counseling, information and services to prevent unintended pregnancy, safely terminate an unwanted pregnancy, and carry a wanted pregnancy to term and raise their child. Further, as public health responses to Zika intensify, women’s decisions about whether to use birth control and which method to use should be based on voluntarism and informed consent. The same applies to women’s decisions about whether to carry a pregnancy to term or end it."

Full article: "Countering Zika Globally and in the United States: Women’s Right to Self-Determination Must Be Central," by Joerg Dreweke

Countering Zika Globally and in the United States: Women’s Right to Self-Determination Must Be Central

Abortion in Latin America and the Caribbean

State Bans on Abortion Throughout Pregnancy